On August 11, 1998 the Davidson County Board of Commissioners adopted and implemented an administrative fee for chemical planning. The fee is in accordance with substances covered under SARA Title III, Emergency Planning and Community Right to Know, North Carolina Hazardous Chemicals Right-to-Know Act, the North Carolina Occupational Safety and Health Hazard Communication Standard/Hazardous Waste Operations and Emergency Response Standard which require reporting of chemical storage for quantities of 500 pounds or 55 gallons, and Extremely Hazardous Substances when threshold planning quantities are met, on site at any time during the preceding year. The fees are assessed on different quantities in accordance to a code.

On January 1, 2015 the State of North Carolina began collecting a Tier II fee from facilities that are required to file under SARA Title III. The state's fee is calculated based on the number of reported chemicals and collected by E-plan at the time of report submission. The chemical facility planning fee that is the subject of this letter is a fee that Davidson County has been collecting since 1998 (see Tier II Ordinance). It is separate and independent from the state's Tier II fee.

Davidson County supports the use of E-Plan as a way to submit Tier II reports. It is no longer necessary for paper copies to be mailed to our office, however, they do need to be mailed to your corresponding fire department. 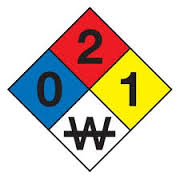